What do you think decides the outcome of a battle? The bravery of soldiers and their desire to die for their homeland? Sure. Training the troops day and night and equipping them with the best weapons? Undoubtedly. But behind every famous battle stands the talent of a wise commander. It’s not enough to gather a huge army and inspire them to fight to the last drop of blood. You must also place your soldiers correctly on the field, use the terrain to your advantage and design your tactics having considered all the strong and weak sides of your warriors – and the enemy. When an army has a leader like this, it is almost impossible to defeat. Do you have this kind of thinking? The last version of Totally Accurate Battle Simulator will put your war skills to the test!

Everything starts on a randomly selected map. There are two armies ready to plunge into a furious fight. One of the is controlled by the computer, another – by you. More precisely, you can’t control the troops once the combat has already begun, only make all the necessary preparations. The choice of units and their disposition on the battlegrounds is up to you. Here you have to show tactical thinking and figure out how to place the warriors in the best possible way to gain an advantage over your opponent. Some basic things include putting melee units ahead and backing them up with archers located way behind, sending the horsemen into the avant-garde and enhancing them with knights on flanks and so on and so forth. While practicing and gaining experience, each player comes up with their own victorious tricks that work for them. That makes the game not only very spectacular, but also highly interesting in the sense that you have to put at least some thought at the stage of getting ready for the upcoming fight.

However, there is a lot to look at here even if you poke around the menu randomly for the sake of simply enjoying the show. The physics is implemented on a high level and it’s a sheer pleasure to watch the soldiers collide in a funny rag doll animation. You can observe the most unimaginable things here, some moments are really hilarious and can make your whole day. Whether you play TABS for its strategic value or simply for fun’s sake, you’ll definitely get a kick out of every second! Especially when there is a new update for you to check out! See what new features and content have been added by the developers and set out to wage the craziest wars in history! 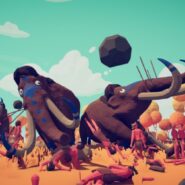 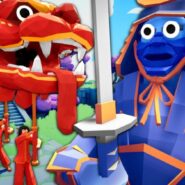 Play
Totally Accurate Battle Simulator Legacy
We use cookies to ensure you get the best experience on our site. Read more
Close